On-farm field trials are a game changer. Here’s why. 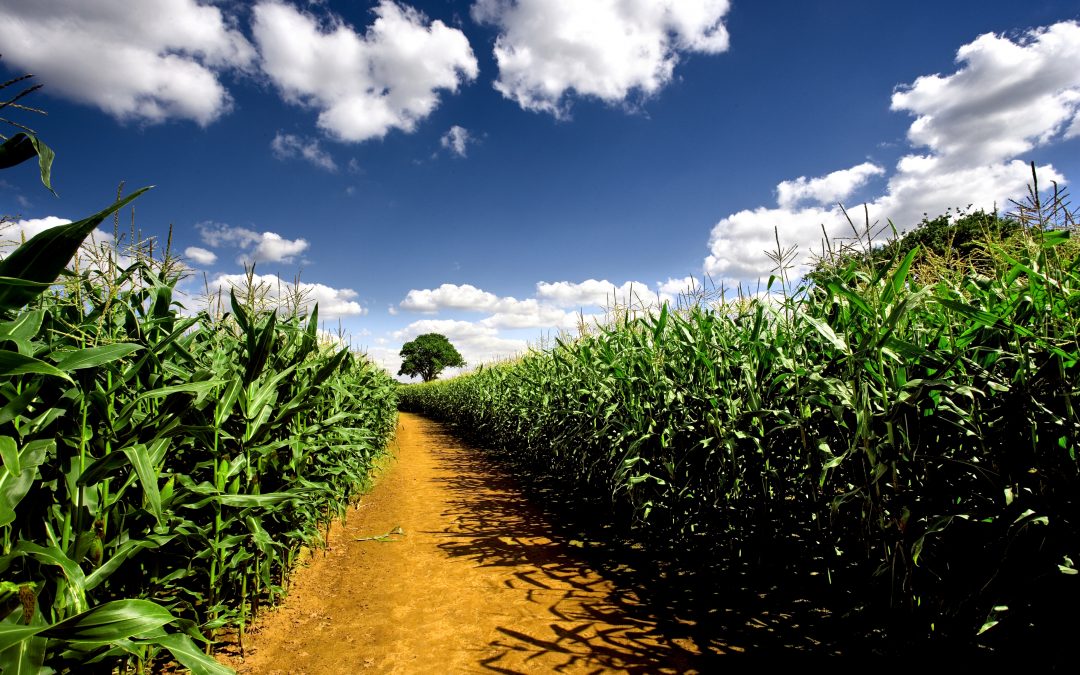 What we don’t know CAN hurt us: on-farm field trials bring hidden knowledge from the soil and the crops to light.

Universities have research plots for agricultural experiments, and farmers implementing trials on their farms takes planning, time, and money. So why bother conducting additional experiments through on-farm field trials? Because the knowledge gained can save farmers money, avoid expensive mistakes, and improve stewardship. It’s really that simple.

Experimentation and innovation are at the heart of farming. From the time early civilizations began cultivating wild plants, farmers around the world have been experimenting. That is how wheat and corn were radically changed from low-yielding spindly plants into high-yielding robust plants. Only in recent years have agricultural experiments been thought of as primarily taking place on university research plots. And indeed, a wealth of valuable information is generated from university research that benefits agriculture.

But farmer-led experiments expand testing from a controlled small research plot to on-farm, field-scale experiments, commonly called on-farm trials, where there are more variables and where those variables are not as well controlled. The concept of “let’s see how it works on my farm” is a logical way to test whether an outcome on a university research plot will provide the same outcome in your field. You want to know if your field-scale management and environmental conditions change the results obtained from the small university plots.

In short, traditional scientific research methods on controlled university plots AND on-farm trials in working fields are complementary – neither can replace the other. And both are important to what we call “evidence-based” (agriculture). Why is evidence-based agriculture important? Because the slim margins in agriculture these days mean agronomy consultants and farmers can’t afford to base all their management decisions on gut feeling. Because society is asking for agriculture to do even more than feed people; it is asking for farmers to be environmentally responsible. And because conditions are changing rapidly in agriculture. New hybrids, products, technologies and equipment are making it imperative that farmers choose the best new ideas as quickly as possible. On-farm trials can inform that choice.

Part 2: What are On-Farm Field Trials?

So, what exactly is an on-farm trial? By on-farm trials we mean trials established by farmers and/or agronomists in farmers’ fields that test a practice or a product. The set up and harvest of the trial is done with the farmer’s normal field-scale equipment. Similar to university trials, these trials are replicated and randomized; the primary difference is in scale, with on-farm trials typically covering about 20 acres. Don’t let the terms replicated and randomized scare you away from running trials on your land. Replicating and randomizing, like all the steps in an on-farm trial, are easy due to new technologies such as yield monitors on the combine and fertilizer application maps.

We have implemented on-farm trials for the past 12 years to fine-tune nitrogen rates and test products; our expertise and advice in this blog and future blogs will stem from our experiences conducting hundreds of field trials across the Midwest. Brookside Labs CEO Luke Baker says: “It’s amazing how many calls I get asking for my opinion of x or y product. Now we have multiple field-scale trials that give us vastly more information about products – we don’t have to take anybody’s word on performance, we can see it ourselves.” Still, field trials do require planning and a bit of expertise to ensure fewer pitfalls and better outcomes.

In our experience, an effective on-farm trial involves a trained agronomist such as an agricultural consultant, a sales agronomist or an extension agent working with farmer clients to implement trials designed to answer a particular question. The easiest questions to answer are yes/no questions – was a new product or management better than the existing product or management. We also have found that discussing and sharing results across a group of farmers adds much value to the trials. Rather than using one set of results from one field in one year, learning is greatly enriched by having farmers in a room together collaboratively examining and comparing results across a broad number of farms with similar management and environmental characteristics. Each farmer in a lifetime may have only 40 or so individual chances to examine what is going on in their fields. Cooperating with neighboring farmers on data collection and learning vastly expands the number of fields available to learn from, and consequently knowledge is gained much more rapidly.

An efficient model for what we are talking about – on-farm trials and dynamic, active learning through peer group discussion – can be found in a Farmer Network. The Farmer Network Design Manual published in 2016 by the Environmental Defense Fund (EDF) collects a number of examples of farmer networks implemented across the US – including in Iowa, Indiana, Ohio, Nebraska, and New York. The farmer networks revolved around field trials designed to optimize N efficiency. The collective experiences of practitioners, farmers and agronomists participating in these networks resulted in a number of documented benefits, including optimized yields, increased profits, and decreased nutrient losses. The Farmer Network helped to make the science clearer and provided venues for farmers to learn new information based on evidence from their own fields and those of their peers.

Part 3: What we learned from on-farm field trials

Nitrogen management is one area where we have learned much from on-farm trials, but where much still can be learned. “The long-term viability of agriculture depends on being able to continuously improve N management to increase yield and limit losses to air and water,” as long-time USDA research scientist Dr. Jim Schepers has stated. Data about whether an N rate decision was accurate or not are difficult to obtain. The corn plant sends clear signals when N is deficient – the leaves turn light green or yellow – but no clear sign is sent to distinguish between optimum and excess N. With plants sending only feedback about N deficiency, farmers and agronomists have a difficult time pinning down what is an accurate N application rate.

There are three big unknowns about the rate of nitrogen fertilizer that should be applied to a corn field. First, we can’t predict the amount of nitrogen that will be mineralized naturally from soil organic matter over the growing season. The amount mineralized is weather dependent, and it is the most important source of nitrogen for corn plants because mineralized nitrogen can often be 50% or more of the nitrogen in corn grain at the end of the season. Second, we don’t know how much of that mineralized nitrogen will be lost from the root zone over the growing season through leaching or denitrification. Finally, we don’t know how much of the fertilizer nitrogen applied to fields will be lost from the root zone by leaching or denitrification.

With all these unknowns, it is difficult for farmers and agronomists to know if the rate they choose will be over or under the optimum rate by a few pounds or 50 pounds or 100 pounds of N per acre. A hundred pounds per acre deficient or excess? Sounds impossible! Unfortunately, nitrogen rates are too often inaccurate by 50 or 100 pounds per acre because we have seen the proof in our field trial data.

We designed these field trials to find the economic optimum nitrogen rate (EONR) for a given field. The economic optimum rate is the rate where profit stops – the rate where more N applied may result in higher yields but will not result in higher profits. Examples of how difficult it is to predict this economic optimum nitrogen rate are shown in Tables 1, 2 and 3. The results in the tables are from on-farm field trials completed by the Adapt Network, which was the predecessor to the Amplify Network, in 2016 and 2017. Each of these trials had four rates of nitrogen, 100, 150, 200 and 250 lbs per acre replicated 4 times on plots the length of the field. The yields were measured by the farmers who established the trials with their combine yield monitors.

The biggest take-aways from these results are that 1) the EONR for almost half the trials was less than 100 pounds of N or more than 250 pounds of N, and 2) the difference between the farmer rate and the EONR across individual trials varied from a minus 65 to a plus 82 lbs nitrogen per acre. These results from on-farm field-scale trials should give pause to consultants and farmers who think they can predict the nitrogen rate needed on their corn fields. It is not as easy as it looks, and without reliable and frequent feedback about the accuracy of your nitrogen rates, which is rarely available, the nitrogen rates you apply will often be 50 lbs per acre higher or lower than needed.

Part 4: More detail on the trials

Table 1. Results from 18 of 90 On-Farm Field-Scale Trials in Ohio, Indiana, Illinois, Michigan, and Iowa in 2016 and 2017 showing number of trials where the economic optimum nitrogen rate (EONR) was between 0 and 100 lbs N per acre, the farmer N rate, range of farmer N rates, and difference between the farmer rate and the EONR.

2 Farmer N rate minus EONR (positive values are overapplication and minus values underapplication).

Table 2. Results from 49 of 90 On-Farm Field-Scale Trials in Ohio, Indiana, Illinois, Michigan, and Iowa in 2016 and 2017 showing number of trials where the economic optimum nitrogen rate (EONR) was between 100 and 250 lbs N per acre, the farmer N rate, EONR, range of farmer N rates, difference between the farmer rate and EONR, and range of differences between farmer rate and EONR.

3 Farmer N rate minus EONR (positive values are overapplication and minus values underapplication).

Table 3. Results from 23 of 90 On-Farm Field-Scale Trials in Ohio, Indiana, Illinois, Michigan, and Iowa in 2016 and 2017 showing number of trials where the economic optimum nitrogen rate (EONR) was greater than 250 lbs N per acre, the farmer N rate, EONR, and the range of farmer N rates.

5 tips for designing on-farm field trials: https://www.agriculture.com/crops/5-tips-for-designing-on-farm-field-trials (U of MN post from April 2019) 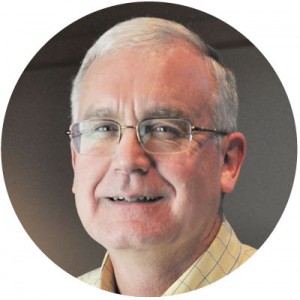 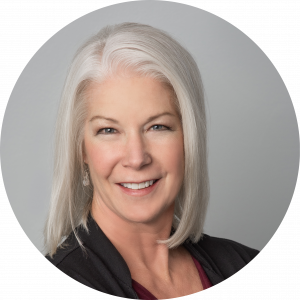